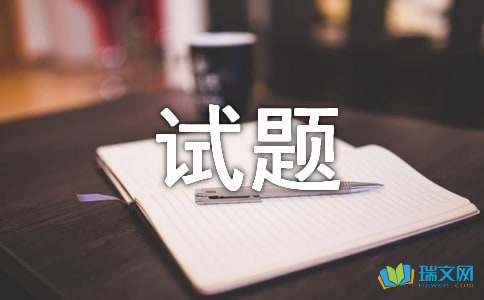 Flight simulator (飞行模拟器) refers to any electronic or mechanical system for training airplane and spacecraft pilots and crew member by simulating flight conditions. The purpose of simulation is not to completely substitute (1)_____ actual flight training but to thoroughly familiarize students with the vehicle (2)_____ before they (3)_____ extensive and possibly dangerous actual flight training. Simulations also is useful for review and for familiarizing pilots with new (4)_____ to existing craft.

Two early flight simulators appeared in England within a decade after the first flight of Orville and Wilbur Wright. They were designed to enable pilots to stimulate simple aircraft (5)_____ in three dimensions： nose up or down; left wing high and right low， or vice versa; and (6)_____ to left or right. It took until 1929， however， for a truly effective simulator， the Link Trainer， to appear， devised by Edwin A. Link， a self-educated aviator and inventor from Binghamton， New York. (7)_____， airplane instrumentation had been developed sufficiently to permit blind flying on instruments alone， but training pilots to do so involved (8)_____ risk. Link built a model of an airplane cockpit equipped (9)_____ instrument panel and controls that could realistically stimulate all the movements of an airplane. Pilots could use the device for instrument training， manipulating the controls (10)_____ instrument readings so as to maintain straight and level flight or (11)_____ climb or descent with no visual reference (12)_____ any horizon except for the artificial one on the instrument panel. The trainer was modified (13)_____ aircraft technology advanced. Commercial airlines began to use the Link Trainer for pilot training， and the US government began purchasing them in 1934， (14)_____ thousands more as World War II approached.