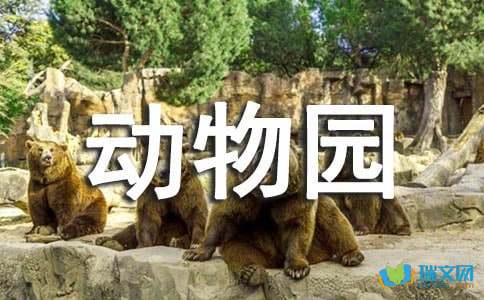 That day, my mother bought tickets, we went in. First of all, we went to the Panda Museum, my mood ecstatic, because I can finally see the plump of the giant panda. We came to the cage in front, saw a fat and big panda sitting on the bamboo pile to eat green jade such as jade leaves, look very cute. I went around the nursing home and saw another giant panda walking. I took the camera back to the giant panda photos! I just finished, the giant panda dragged his heavy limbs to the wall, with the buttocks facing the visitors of the lens, as if shy like hiding. I thought: Fortunately, I came early, if later for a while, it may only look at the panda buttocks.

We walked out of the panda and went to the monkey mountain. Where the monkeys are adjustable skin, swing on the rope swing, but also to the visitors to play face it! Amused tourists laughed. This is not the most eye-catching, the most striking of the top of the group of monkeys: one of the larger monkeys in the body of another little monkey body to catch lice to eat; there is a monkey Naughty to blink his eyes, Yaotouhuangnao bite an apple, just chewed two, it wrinkled his brow, grinned his mouth, then put the apple thrown out, his mouth still kept spit out, as if to say: "This is how the apple is so sour!" After a while, the monkeys are playing: some in the swing; some jump in the rockery, as if looking at others; some sitting on the ground eating someone else to Their fruit and snacks ...

Time flies can be really fast, unwittingly to about 5 pm, I was reluctant to leave the Beijing Zoo.

Today, I came to the zoo to play.

Into the zoo, go ahead to see is a statue of elephants, and then greeted the turkey. I heard that every American Thanksgiving Day, the Americans will have to buy turkey farm, and then go home to bake to eat, they can eat hundreds of millions of turkey a year it!

After watching the turkey, I went to the side of the ostrich, it is large, with slender neck, round the body, I am worried that its slender legs can not support the weight of the body. After observing a little while, I found that it was quite different from other animals, and that it was elegant, like a proud and raised his head, like a great general of inspection. I was surprised to find that when the ostrich walk, the head is always stretched out, when the left foot stretched his neck, when the right foot when the shrink neck, every time walking is like this.

In the zoo, my favorite is the monkey. There are a few monkeys in the monkey garden, some drill in the cave to drill, and some scratch itch, some with the tourists play, there is a monkey is performing "Golden Rooster Independence", saw it stand The top of the mountain, like a sentinel looked around. Visitors like to use a variety of food to close the monkeys, whenever the tourists come up with food, monkeys are always scrambling to rush to eat, there is a small monkey always behind, grab something to eat. I quietly put the peanuts in front of it, it quickly grabbed peanuts, skilled teeth with the skin bite, and then eat the peanuts. awesome! I see how stunned, how? This set of action is not professional?

After reading the lovely monkeys, I was satisfied to leave the zoo.

Today, I came to Nanjing Red Mountain Zoo to play, just entered the door, they saw the "Red Hill Zoo" five characters, we entered the garden door, first saw a tiger and a lion, they are magnificent, see The tourists also shouted, I also saw the lion beast, it is like a lion like a tiger. We came to the funny monkey mountain, there are groups of monkeys in the play, I casually lost a piece of bread, six monkeys for a piece of bread to fight up, grab the little monkey immediately went to eat up the edge, finished And jumped out of the small pond. We saw the monkey mountain went to see the hippopotamus, hippopotamus skin a little pink, we saw the hippo head and body all soaked into the water, and suddenly, what under the water exploded, the water splash, the original hippopotamus Defecation. We saw the hippopotamus and then to see the small pandas, gorillas, gibbons, parrots and other dozens of animals. The most exciting or large animal performances, can be good to see, first a tiger take the ball, the difficulty can be big. Then, several tigers together with half, can be funny. There are goats and more steel wire, the back of the goat there is a monkey in the above upside clap, goat step by step to finish the wire. Later, it is a tiger long jump, there are two or three meters away, a tiger can not jump, we applaud it to the oil, and later, that tiger also jumped over. Later, the bear flies, bulky bear can jump to, easy. Zoo is really fun, I am really happy today

Today we spring tour, came to the forest zoo, in the car when I was very much looking forward, looking around, hope to hurry up. Sitting half an hour or so the car finally arrived, I excitedly walked down the car, saw the forest zoo a few eye-catching characters, and white pigeons in the sky circling, into about ten meters, there is a composition by the animals Orchestra carving, and then go inside to spend a hundred flowers blossom, contests.

Our first stop is "tropical rain forest Museum" which is a variety of plants, there are cactus, cactus, coconut trees ... ... countless, I can not wait to take out the phone, carbazole! Carbazole! take a photo. We watched them from Thailand, the show began, the elephants followed us hello, and some elephants made a voice with their mouths and nose, and the right foot Left foot, make me the most happy program is: elephant massage, elephant bar ball ball, elephant play.

There are monkeys, where there are golden monkeys, orangutans ... ... read on the reluctant to go home.