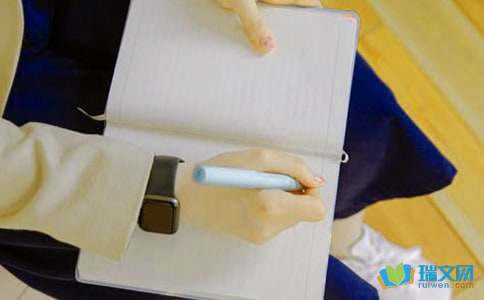 Joy depicts the crisis of faith that overcomes Rabbi Banish of Komarov, who, having buried his four sons and two daughters. Only through the mercy of the God he has denied, manifest in a radiant vision of the dead Rebecca, his beloved youngest daughter, is the rabbi’s belief restored. The sense of wonder and the touch of heavenly joy that linger after the vision dissolves convince Rabbi Banish of the folly of judging God’s actions by human standards. The rabbi has interpreted the apparent tragedy of his children’s premature deaths as evidence of God’s alienation, forgetting that God is by definition inscrutable. That God’s purpose transcends man’s ability to comprehend it is made clear to the expiring rabbi when the family dead approach his deathbed with arms outstretched to enfold him among them. For theirs is the kingdom of heaven to which a loving God has called them; and their deaths have evidenced not God’s wrath but his grace.

A version of Rabbi Banish’s deathbed revelation appears to Rabbi Nechemia in Something Is There. At twenty-seven he is already racked by the doubts that torment Rabbi Banish. So shaken is his belief in God that he deserts his rabbinical post in provincial Bechev for the flesh-posts of Warsaw. Although the prostitutes, unclean food, and shady business dealings which he witnesses there hold no attraction for the erstwhile rabbi, they intensify his revulsion from the world created by God and therefore his alienation from God himself. Unlike Rabbi Bainish, whose intimations of immortality and consequent rededication to God precede his radiant deathbed vision, Rabbi Nechemia cannot allay his doubts until the very moment of death, when a light he never knew was there flickered in hid brain.

While his dying words―something is there―resolve his crisis of faith, they come too late to affect the spiritual renewal attained by Rabbi Banish. No explicit promise of immortality, let along of salvation, attends Rabbi Nechemia’s vision. Perhaps grace is accorded Rabbi Banish because his doubt is triggered by devastating personal losses, and withheld from Rabbi Nechemia because his despair is the bitter fruit of idle speculation about the unknown. Whatever the reason, relatively few of Singer’s characters are granted at the moment of death the transcendent vision of unity between man and God that appears to Rabbi Banish in Joy. For the fortunate few, release from time into eternity is affected by a divine visitation which obliterates distinctions between past and present, living and dead.

These kinds of characters are lost in their world because of the seducement of the material world. They doubt their formal faith and gradually give up what they believed. But after they have experienced so much hardship, they realize that they cannot adapt to the life of the outer world so they regress to the former life with formal faith. They realize the importance of God and they begin to think seriously about the relationship between man and God. At last they find their right way of their life.

These days Ive just finished the novel Uncle Toms Cabin that left a really deep impression on me and we can see.

It is a book written in 1852 in response to the passage of the Fugitive Slave Law, Uncle Toms Cabin has been considered as the most influential anti-slavery novel in that period and described by Stowe herself as a “series of sketches” describing the human cruelty of slavery, opens with a description of Arthur Shelbys Kentucky plantation during the antebellum period.

There are several impressive characters in this novel, George who is clever and brave;Harry, a beautiful and talented child who sings dances and mimes;Mrs. Shelby, a very religious woman;Sambo and Qimbo and so on. The major character Uncle Tom who was the most impressive in this novel was a devout Christian. He endured the miserable fate bravely and aroused the whites sympathy for slaves with his Christs sacrifice and the tolerance of returning good for evil. This novel focuses on the distinctive personalities of Uncle Tom deeply influenced by Christianity and the important role Uncle Toms Cabin playing on abolition; and the Significance of “Uncle Tom” to the harmonious worlds development, and the effect on modern people.

In the book, at the beginning, the author presents us a very beautiful image of a rather harmonious family who live a happy life. However, that beautiful image couldnt last long, the darkness came soon. The master of this happy family, Uncle Tom was arranged into a difficult situation. As Shelby(), the not cruel master, he has incurred serious debts- prompting him sell some slaves to avoid financial ruin, so Uncle Tom, Shelbys loyal servant since childhood was sold to Mr.

Haley, the slave trader. Uncle Tom remained loyal to his master, despite his betrayal and the risk of death at the cruel hands of a new master. The slaves at the plantation were very mournful, but Tom remained placid and tried to read his Bible for comfort. On the steamboat to New Orleans, where Tom was to be sold, Tom befriended an angelic little girl, “Little Eva” St. Clare. Uncle Tom saved the five-year-old beauty from drowning, and she convinced her father to buy Tom for her own family. In her family, Tom enjoyed his life because of the girls love; Toms contentment does not last, however, because Eva soon falls ill. Dying, Eva asked Mr. St. Clare to free Tom after her death. But Mr. St. Clare is so sad by her death that he never legally freed Tom before he himself was killed trying to mediate a barroom scuffle. Mrs. St. Clare sold the slaves to settle her husbands debts and Tom was sold to Simon Legree who was so violent that beat his slaves brutally. At last, when Mr. Shelby, finally found Uncle Tom, he was almost died. After Tom was dead and buried, Shelby went back and freed his slaves.

As we all can see that Uncle Toms Cabin was an anti-slavery novel and it was even considered as one factor that caused the Civil War. In the novel, the slaves were sold from one place to another frequently, and their fate was tragic, with no exception- just like Uncle Tom, no matter he was under the control of kind masters or evil masters, he cant escape the misfortune of being sold from one master to another. We cant see any human right of them, so terrible.

As someone said, with more people realizing the inhumanity of slavery in the 19th century, slavery became one of the most important issues and it became more violent year by year in American society. However, slavery was not abolished irrevocably until ratification of the 13th Amendment to the Constitution in 1865, following the Civil War. After the passage of Fugitive Slave Act of 1850, Harriet Beecher Stowe wrote this novel Uncle Toms Cabin which publicized the evil of slavery to a wide audience.

Now we are in the 21st century, we may never come across such kind of thing. However, this book can always remind of us that there ever has existed this evil and we cant let it happen again. And “equality” 、“human right ” cant just be a slogan, we should make it come true really and always.