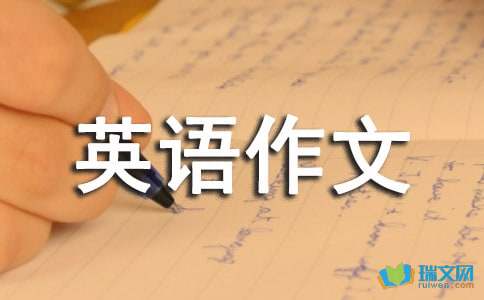 My friend Vivi is a lively and smart girl,she has long black hair and she is a tallest girl in our class.She is warm-hearted and good- looking so that everyone loves her.Im so glad to make friend with her.Im out-going too,so we have been good friends for long time.But sometimes I like quiet but she doesnt.And her marks are not good as me.So,i suggested her that she should work-hard in her study so that we can go to the same university.

This person is my best friend Vivi who i can tell everything to.Like my deeply feelings and thoughts.

My new deskmate is a boy of sixteen. His name is Zhang Gao. He is 1.8 meters tall. His strongly-built body and sun-tanned skin make him look like a sportsman. He has two big dark eyes under a pair of thick eyebows. It seems that they are always smiling at you. Compared with my yellow hair, his hair is black and thick. He speaks a little bit fast but very clearly. However, he likes to gesture from time to time while hes talking. He has a dream of becoming a famous actor one day. I believe his dream will come true because of his handsome face and well-developed figure.

Franklin Delano Roosevelt was the 32ndPresident of the United States and a central figure in world events during the mid-20th century, leading the United States during a time of worldwide economic crisis and world war. The only American president elected to more than two terms, he forged a durable coalition that realigned American politics for decades. FDR defeated incumbent Republican Herbert Hoover in November 1932, at the depths of the Great Depression. FDRs combination of optimism and activism contributed to reviving the national spirit.Working closely with Winston Churchill andJoseph Stalin in leading the Allies against Germany and Japan in World War II, he died just as victory was in sight.

My father is a humorous person.My father short stature,fine fine thin,white skin,black hair,a head of the “big wave” self-invited roll hair,who would think that he is met at the barbers hot. His colleagues said he is narrowed down fei xiang,I think so too. He is a fine art,is famous in the central south five provinces binding artist,his one-man show has a favorable review in the many famous people. After another wall,he is a funny people,special love kidding,I dont know if all of the art is very humor,I think my dads body is full of humor cells. No matter how tired he how busy work,as long as take a door,exactly,he said,as long as a see me,and immediately he smile,I followed delightful sounds.

Deng Yaping,28,is a world-famous woman player of table tennis.She comes from Henan Province. At the age of 4,she began to play ping-pong under her fathers instructions. When she was 8 years old,she won the championship in the national competition of the amateur sports school. In 1988 she entered the National Training Team. After that she won medals one after another,including gold medals in the 1 l th Asian Games Table Tennis Competition and the 41st World Table Tennis Championship and two gold medals in the 25th Olympic Games. Is she born a table tennis player? No. She is only 1.5 meters in height,which is her disadvantage. However,she overcame it by hard work and perservance.Her success proves where there is a will,there is a way.

My grandfather is in his seventies now. He is a kind and warm-hearted old man.

He used to live with my family. At that time he always spent more than one hour examining my homework every day. When I was ill,he took good care of me. He showed great concern.

Grandfather is very warm-hearted to his neighbors and is always ready to help them. One day,a girl who is one of his neighbors injured her leg carelessly. My grandfather took her to the hospital at once and paid the fees with his own savings.

Now my grandfather is living in another city with my aunt. My parents and I all miss him very much. And I hope that I can go to visit him soon.

Deng Yaping,28,from Henan Province,is a talented woman player f table tennis. She was the table tennis champion of the 1 l th Asian Games nd the 41st World Table Tennis Championship. And in the 25th Olympic ames she won two gold medals. Why can she make such brilliant chievements with the disadvantage of her Short figure? Her hard work and etermination to succeed helped her to overcome many disadvantages. At the age of 4,she began to play table tennis under the guidance of her father. When she was 8,she won the championship in the national competition of the amateur sports school. In 1988 she became a member of the National Training Team. On her way to success,she proved that height was nothing and hard work was everything.

My grandfather is very kind to me. He loves me very much. I am the apple of his eye,but when it comes to my study he is very strict. Every day he spends more than one hour examining my homework. With his help,I have been doing well in my studies.

My grandfather is also warm-hearted to his neighbors and is always ready to help them. One day,a girl who is one of his neighbors injured her leg carelessly. My grandfather took the girl to the hospital at once and paid the fees with his own savings.

My grandfather is a kind and easy-going man,but now he is living in another city with my aunt. We all miss him very much and I hope that I can go to visit him soon.

My mother has a pair of keen eyes which can speak. With her eyes,she observed my mood,gave me courage and made me strong. Therefore,I could face difficulties.

When I was a baby learning to walk,my mother always lent me a hand and encouraged me to get up while I fell down. As I finally threw myself into her arms,her eyes smiled with praise. Later as I grew up,I met with more difficulties. But whenever I was frustrated,my mothers eyes always gave me hope and encouragement. Once I failed in exams,my mother encouraged me to find out the reasons. Instead of blaming me she pushed me to do better. At last I overcame the difficulty. Now I have grown up and become more independent,but whenever I come across setbacks,my mothers eyes are always with me encouraging me wherever I go.

She is kind and friendly to us after class, but She is rather strict with us in class. She always encourages us to speak and read more English. She often says,“Practice makes perfect.”

She is good at teaching and tries her best to make every lesson lively and interesting. She often gives us slide shows, teaches us English songs and helps us to put on short English play.

She is not only our teacher but also our friend. We all respect and love her.

Tomorrow she is going to attend an important meeting, at which she will be given a medal for her advanced deeds.

Zhang Dong is my best friend. He entered our class last semester. He is a boy. Both of us are good at English, so we often have a chat in English in our spare time. After school, we often play football together on the playground. He runs so fast that I can not catch up with him. He is an excellent student. He not only gets good marks in all subjects butalso is very kind and modest. He loves popular songs and also classical music.

There are three people in his family and he is the only child. His father is a doctor and his mother is a Beijing Opera actress. Though Zhang Dongs family is wealthy, he is usually simply dressed. He has a dream which is to be a lawyer.

Such is my friend, a clever and kind boy. He is highly praised by the teachers and students.

Everyone has his favorite teacher, so do I. My favourite teacher is Miss Wei, our English teacher. We felt English very difficult when we began to study English. Miss Wei had a good idea to solve the problem. One day, Miss Wei came into the classroom with some fruits, such as apples, bananas, and oranges. She said: “Today we are going to learn the names of the fruits. You can eat the fruits if you can tell me their names in English. ”All the students listened carefully and studied hard. Someone even stood up to answer questions. Class was over, and the fruits were all eaten. From then on, I am more and more interested in English, and I want to say from my heart: “ Thank you, Miss Wei!”

Miss Li often sticks to have lessons when she is ill , She looked weak, but still beautiful. Miss Li love us very much, she teaches us so carefully .I think she is a good teacher. We all love her, too.

I think teachers are like candles , giving off light for others by burning themselves 。