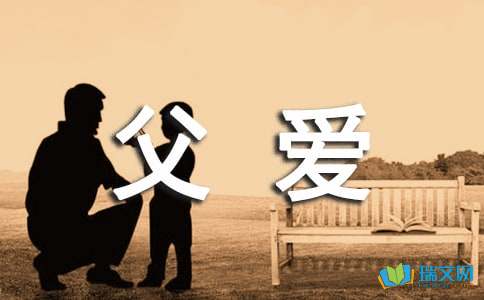 Flowers are a wonderful gift of nature. Everyone likes them. Flowers portray love, happiness, joy and all the other positive emotions. Since time immemorial flowers have been an integral part of every celebration and festival.

But there has been a misconception. Flowers are mainly associated with feminine gender. It is forgotten that men to have a soft side to them. Gift your father a bouquet of flowers on Father's Day and he surely will be overjoyed. Flowers, especially architectural and bold like tropical flowers, which are masculine, long lasting, tall and sturdy like the fathers usually are, can be

given. White and Red Rose are known to be the official flowers of Father's Day. People wear a white rose to honor a father who has deceased and a red rose for a father who is living.

Men love bright, hot, bold and aggressive colors like yellows, oranges, purples and reds and the arrangements that they go for are mostly the linear ones that are in sync with their organized, calculating mind. They also love the natural and contemporary floral bouquets that are stylish and trendy. One may opt for roses, daisies or exotic flowers, if only one keeps the color theme in

mind. Vivid red roses and yellow daisies are loved by most men and thus make ideal flowers to be gifted on Father's Day.

Father's Day is a holiday to celebrate fatherhood and parenting by males, just as Mother's Day celebrates motherhood. Typically giving gifts to fathers and celebrating as a family is the main event of the day. Father's Day is celebrated on different days in different countries.

Father's Day exists almost all over the world to honor and commemorate fathers or forefathers. In the Roman Catholic tradition, Father's Day is

celebrated on Saint Joseph's Day, March 19, though in most countries Father's Day is a secular celebration.

In recent years, retailers have adapted to the holiday by selling male-oriented gifts such as electronics and tools. Schools and other children's programs commonly have activities to make Father's Day gifts.

In the United States, the driving force behind the establishment of the

single parent raised his six children in Spokane, Washington. She was inspired by Anna Jarvis's efforts to establish Mother's Day. Although she initially

suggested June 5, the anniversary of her father's death, she did not provide the organizers with enough time to make arrangements, and the celebration was deferred to the third Sunday of June. The first Father's Day was

Unofficial support from such figures as William Jennings Bryan was immediate and widespread. President Woodrow Wilson was personally feted by his family in 1916. President Calvin Coolidge recommended it as a national holiday in

1924. In 1966, President Lyndon Johnson made Father's Day a holiday to be celebrated on the third Sunday of June. The holiday was not officially recognized until 1972, during the presidency of Richard Nixon.