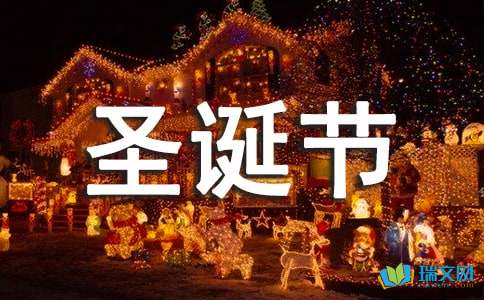 Christmas is one of the most important celebrations of the year for the western countries. It falls on the twenty- fifth of December and has the same importance as Chinese New Year to people with English backgrounds. The celebration is for the birth of Jesus Christ, who is the son of God in Christianity. Now days Christmas is no longer only celebrated by the Christians, but by most people from all over the world.

On the twenty- fourth of December everyone gets excited for it’s the day before Christmas which is called Christmas Eve. The children are usually sent to bed early and are warned that “Santa Claus will only come and give you a present if you be good.” The younger kids actually believe that Santa will come down the chimney on the sleigh that’s pulled by his reindeers. Food like short bread and beer are prepared for Santa when he comes, however most times parents just eat them. Some children put socks and sacks up for the holding of the presents (that their parents put in).

Rise and shine on Christmas morning! The children are always the first ones to wake up, some even do at four. Present wrappers everywhere! They look into their presents with a big smile on their face and oh dear….I hope no one’s disappointed. I feel sorry for anyone that got pink underwear. Children play while dinner is prepared by the adults. The Christmas dinner are usually eaten together by relatives. The tradition of Christmas pudding and roosters are usually eaten with deserts afterwards. The rest of the day is usually games and fun before the good days all come to an end.

Hope the stars, get the moon, and finally looked forward happy Christmas. On that day, I arrived gate, suddenly, I was shocked, and saw a Santa Claus holding a saxophone, where side-hop edge blowing, extremely beautiful and it is filled with gifts and lawn around the time I really well want to touch it, the way it should be a gift ah! "Hey! A pity! It is simply impossible. Immediately, I saw two or three from Santa Claus face, hands, also took a number of things, but unfortunately do not see what is inside. Powerful sense of curiosity that I can not help to pour into the crowd, along for the ride. "So is the candy ah!" Although I rarely eat candy, but not today, I would have to carry on eating one meal, even if I lost half of the teeth.

On the night before Christmas, all across the world, millions of children will be tucked in their beds while visions of sugarplums dance in their heads. When they awake they will check their stockings to see if Santa Claus has come.

Santa Claus has become the most beloved of Christmas symbols and traditions. The image of the jolly old elf flying in a sleigh pulled by reindeers and leaving toys and gifts for every child is know worldwide.

Just like the season of Christmas, the history of the origins of Santa Claus is influenced by the customs and cultures of many countries, beginning in Asia Minor sometime around the 4th century AD. It was here that Bishop Nicholas became renowned for his exceptional generosity, especially to the very young. Many years later he became known as Saint Nicholas, the patron saint of children.

As time went on, adults began to dress in the manner of Saint Nicholas, dressed in Bishops vestments and carrying a staff., to re-enact the kindness of the saint. They went from house to house, asking if the children who lived there had been well behaved. In response to these visits, the children left their shoes outside the doors of their houses so that next morning they might find them filled with sweets and trinkets.

An Anglo-Saxon version eventually evolved and was known as Father Christmas. His character was a mixture of the Saint Nicholas and earthly perceptions of the gods Thor and Saturn. He wore robes decorated with ivy and holly and carried a switch to threaten unruly children, as well as a bag of toys to reward the well behaved.