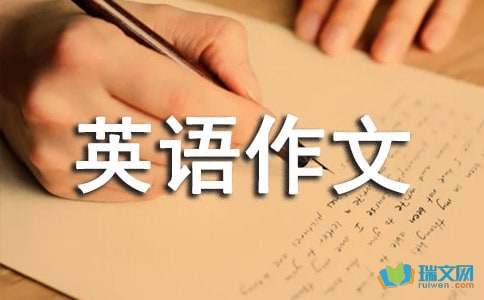 As I am now eighteen years of age,I have a great many friends. But one of them I like much better than any other. I became acquainted with him when I began to go to school. Since then he and I have been living together for ten years.

He is a man of a sweet and soft temper, but looks grave and solemn. He sometimes appears very old and sometimes very young and bright, but he is always clever, active, and alert. He is liked by all who know him.

He is a learned man. He knows everything and studies nearly all the languages spoken by mankind. Moreover, his memory is extremely remarkable. He remembers whatever has happened in the world. He is also a great teacher. He has taught millions upon millions of young men. Therefore he has been and is known to everybody.

He is my best teacher as well as my best friend. At first he taught me Chinese. When I was fifteen years of age, he began to teach me English and some sciences. This year he not only teaches me the languages mentioned above, but also teaches me a new language called French.

He is a patient man. Stupid as I am, he is never tired of teaching me. He continues to teach me until I am perfectly familiar with my lessons. But there is one thing which you may be surprised to know. Though I have lived with him a long time, I have never heard his voice. Whenever I ask him questions, he never answers them with his mouth, but shows me the answers on his face.

He is not only my best friend, but the best friend of many others. Therefore his name is widely known. I am sure you also know my best friend’s name and love him very much. Do you want me to write out his name? His name is B-O-O-K.

My best friend's name is Mary.She's a beautiful girl.She lives in Xu Zhou,but she isn't a Xu Zhou's girl,she's a Shang Hai's girl.Mary is only ten years old,she's not tall but very strong.She has two big and black eyes , and she has some long hairs.Mary is a student of Wang Chang Primary School, she's a good student, everyone like her.She is good at English and Maths and she does well in PE.She is a good football player.She swims faster than the some of the students in her class.

There are three people in her family.Her mother is an English,she works in Mary’s school.Her father is an engineer,he works at the Overseas Engineering Compny.

Mary likes listening to music and making clothes,her mother likes them,too.But her father doesn’t like it,he likes seeing a play and going on an outing with my family.

My name is John. I have a very best friend. Her English name is Amy. She lives in Chine. She is a middle school student. She is a pretty. She has two big eyes, a small mouth, a small nose and a round face. She is tall and thin. She is an active girl. She likes watching cartoons and playing basketball best. On weekends, she often plays basketball with her friends in the morning and watches cartoons in the evening.

She says we are good friends. We often send e-mails to each other every day. And she can teach me English, too. I like her very much.

I have a good friend. His name is Chin Daibe. He is 15 years old. We both want to be detectives. He is very clever. He is just a secondary school student but he is cleverer than any other student. I think he is as clever as a university school student. His favorite detective is Kindalchi Hajime. He wants to be just as famous when he grows up. He is as helpful and brave as Sherlock Holmes. He is generous to his friends, too. When he has some new detective books, he always shares with me. So I am willing to lend him books, too. His favorite writers are Jinguchi Lanbu and A.E.W. Mason. His favorite book is "At the Villa Rose". I think it is a good detective book, too. I really think he will be a very good detective. He is my best friend.

6.My best friend and I英语作文