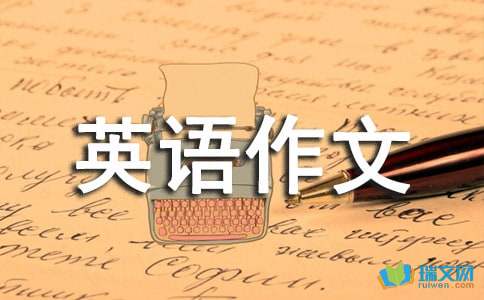 In this epidemic, the person we trust most is Grandpa Zhong Nanshan.

We first learned that he was in the SARS epidemic. This old man, when the pneumonia epidemic spread in Wuhan, he also returned to the public view. At the age of 84, he told the public not to go to Wuhan as much as possible, and boarded the high-speed railway in Wuhan by himself, leading the expedition.

Then he appeared frequently in media reports, telling people what happened and what to do. And people will believe what he said. That's because of the following story.

It happened in 2003. In this year, China has two heroes, one is the heaven, the other is the earth. Yang Liwei stands at the top of the sky and Zhong Nanshan stands at the ground. After the first SARS case in Guangdong Province, the terrible disease began to spread rapidly all over the country. Thousands of people have been infected with SARS. There is no cure.

In this emergency situation, authorities in Beijing have announced that the pathogen can basically be considered as a pathogen and can be treated with antibiotics. But this is wrong. But at that time, people had to believe it. But only Zhong Nanshan opposed it personally. Because he treated a lot of people with antibiotics, but he couldn't. Later, he did research and found that the pathogen was not chlamydia and could not be treated with antibiotics. So he withstood the pressure many times and cried out for the "truth" he found. But people don't believe it.

Later, he constantly put forward this point, and finally confirmed the "truth" discovered by Zhong Nanshan under people's experiments. Then they used another medicine to start treatment. With the "retrograde" of Zhongnanshan, they did not take more detours in the prevention and treatment of SARS, saved more people and reduced the fatality rate to the lowest level in the country.

Then in this year's epidemic, Zhongnanshan and medical staff fought again.

Recently, we have met a person's name over and over again through TV and mobile phones. He is Zhong Nanshan, an 84 year old academician of the Chinese Academy of engineering and a famous respiratory expert.

Zhong Nanshan is now a national idol. From the age of 70 to 80, and from the age of a few, it can be said that no one knows. In this special period of epidemic spreading, academician Zhong Nanshan is the "Dinghaishenzhen needle" and has become the most trusted person of the people. An academician of an engineering college, a medical expert, has miraculously 100% credibility. Because in everyone's eyes, he represents integrity, science and authority.

In the Spring Festival of 2020, regardless of his old age, he has been fighting continuously in Guangzhou, Beijing and Wuhan. He reminded the public, "don't go to Wuhan without special circumstances." On the other hand, he boarded the high-speed railway to Wuhan and rushed to the forefront of epidemic prevention!

The current epidemic is the result of virus variation. Bacterial patients, generally have specific drug antibacterial treatment. But because the coronavirus is new, the first discovery, there is no specific drug. Of course, there is no specific medicine, nor can it be cured, which requires the clinician's very hard basic medical skills. When the epidemic comes, they should use their own knowledge and medical skills to defeat it.

Zhong Nanshan once said that he would never forget the words of his middle school teacher: people should not live in reality, but also in ideals. If people don't have ideals, they will look at the things around them very much, and they will be upset. But if they have ideals, even if they are unhappy, they will become very small compared with their own aspirations. This sentence, Zhong Nanshan remembered for a lifetime, but also practice for a lifetime.

We should learn scientific knowledge well, which is not only beneficial to individuals, but also to our country. In the future, no matter what career or thing to do in the future, if you want to go far, you must have professional quality and professionalism, which can not be separated from learning. We are the future of our country and the hope of our country. Every man is responsible for the rise and fall of his country. It's a duty to study hard! I want to keep in mind to create and have a better China.

Novel coronavirus broke out in Wuhan when the party was reunited. The astonishing 84 year old Mr. Zhong is also desperate to rush to the front line.

Zhong is not afraid of hardships and has stepped on the battlefield without smoke of gunpowder. At the age of 84, you should have enjoyed your family's happiness at home, but you rushed to Wuhan overnight to fight side by side with the medical staff. You warned us not to go to Wuhan, but you rushed to the front line recklessly. SARS in 2003 was Zhong Lao's first hero in fighting against Africa. Nowadays, the novel coronavirus has attacked the Chinese and old people to fight against the virus. What Zhong Lao did to himself, just said: I am just a doctor!

This 84 year old man, for the people, for the motherland, for his responsibility on his shoulders, his selfless dedication, strict self-discipline, lenient spirit of fraternity deeply moved us. He chose to be a "rebel" when the epidemic was most serious. He seemed to be a light in the dark, shining into people's hearts and making people feel hopeful! Zhong Nanshan comforts him whenever we hear these three words, just like his name, he is the most solid support of the Chinese people!

This extraordinary Spring Festival, thanks to all the "reverse walkers", is their tireless struggle day and night. We wait for the spring to bloom, waiting for their triumphant return! Come on, angel in white! Go China! We can win!

The long expected spring festival has finally arrived, but a lot of things I plan to do suddenly can not be done, because there is a new virus is very strong, but also easy to infect. I can only stay at home, not go out. In the news, there is a grandfather named Zhong Nanshan. He is very powerful. He is a medical expert and is working hard to study drugs for treating viruses.

I want to say to you: "dear grandpa, thank you. You are so old and still protecting people. You have worked hard. I hope you pay attention to rest and don't work too hard. I will listen to you, stay at home obediently, pay attention to hygiene, wash hands frequently, and do not touch dirty things. Although I can't share anything for you,

But to protect myself is to help everyone. I hope to contribute my own strength to the motherland! "

Since ancient times, great people have supported a great country. Their ideal is "to set up a heart for heaven and earth, to set up a life for the living people, to inherit the unique knowledge for the saints, and to open peace for all ages."

Whenever the country is in trouble, there must be heroes to stand up and make the country no longer plan for itself.

There is an 84 year old man who was the first hero in the fight against SARS 17 years ago. He has academician's specialty and his research on treatment methods, which makes Guangdong one of the best regions in the world for SARS treatment. He first formulated the clinical diagnosis standard of SARS. He led the research team to take the lead in exploring a set of prevention and treatment experience with obvious curative effect in the world, which made the Chinese people get rid of the shadow of death; He has the bravery of soldiers, dare to face the epidemic situation, and take the initiative to "transfer the most critical patients to our call Institute". This light sound is no different from the flat thunder. It blows on the land of China, and works for 30 consecutive hours in the most severe time of fighting against SARS. He has the responsibility of a national, dare to speak up, and disclose the real situation of "SARS" to the world.

Seventeen years later, when the virus came again, the 84 year old went to battle again. Just like that year, after calling on people to "don't go to Wuhan without special circumstances", he resolutely went against the flow of people and threw himself into the front line of the epidemic battlefield in the octogenarian year. He is an unparalleled person, and also a tranquilizing needle when suffering from the epidemic and national disaster.

"We are ready to deeply accept the unexpected miracles. In the years of the sky, comets suddenly appear, and the wind blows." Feng said.

In fact, Zhong Nanshan is just an ordinary old man. On January 19, a picture of Zhong Nanshan taking a rest with his eyes closed on the train was spread on the Internet. My eyes couldn't help getting wet. Under the warm yellow light, we can see his fatigue. He's not a God, let alone a hundred evils. Time left footprints on his face, but he still stood up. In fact, there's nothing in the world from heaven The heroes of surrender are the mortals who stand up.

No matter what time is quiet, in fact, it's just someone who carries the weight for you. Against the thousands of vehicles, in the cold winter, in the critical epidemic area, the heavy bearers like Zhong Nanshan resolutely choose to go to the front line. In the battlefield where there is no smoke of gunpowder, they are not afraid of danger, and take flesh and blood as the barrier of life for you and me.