But the incredulous Stuart was not convinced, “It must be confessed, Mr. Ralph, that you’ve found a funny way of saying that the world has grown smaller! Because the tour of it is now made in three months.” 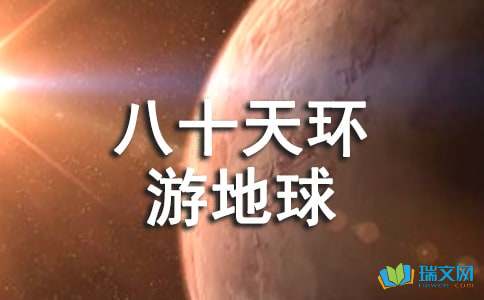 “Yes. Gentlemen,” added John Sullivan, “This is true. Here is the calculation made by the ‘Morning Chronicle’:

From London to Suez via Mont Cenis and Brindisi, by rail and steamers … 7 days

From Suez to Bombay, steamer … 13 days

From Bombay to Calcutta, rail is 3 days

From Calcutta to Hong-Kong(China), steamer is 13 days

From Hong-Kong to Yokohama(Japan), steamer … 6 days

From New York to London, steamer and rail … 9 days

“Yes, eighty days!” exclaimed Andrew Stuart, who, by inattention, made a wrong deal, “but not including bad weather, contrary winds, shipwrecks, running off the track, etc.”

“Everything included,” replied Phileas Fogg, continuing to play, for this time the discussion no longer respected the

Andrew Stuart, whose turn it was to deal, gathered up the cards, saying: “Oh, theoretically, you are right, Mr. Fogg, but practically?”

“The tour of the world in eighty days?”

“At once. Only I warn you that I shall do it at your expense.”

“But it is folly!” cried Stuart, who was beginning to be vexed at the persistence of his partner. “Stop! Let us play rather.”

“Deal again, then,” replied Phileas Fogg, “for there is a false deal.”

Andrew Stuart took up the cards again with a feverish hand; then suddenly, placing them upon the table, he said: “Well, Mr. Fogg, do it; and I bet four thousand pounds!”

“My dear Stuart,” said Fallentin, “compose yourself. It’s not serious.”

“So be it,” said Mr. Fogg, and then, turning to his companions, continued: “I have twenty thousand pounds deposited at Baring Brothers. I will willingly risk them.”

“Twenty thousand pounds, which an unforeseen delay may make you lose.”

“The unforeseen does not exist,” replied Phileas Fogg quietly.

“But, Mr. Fogg, this period of eighty days is calculated only as a minimum of time.”

“A minimum well employed suffices for everything.”

“I will jump mathematically. I bet twenty thousand pounds against who will, but I will make the tour of the world in eighty days or less – that is, nineteen hundred and twenty hours, or one hundred and fifteen thousand two hundred minutes. Do you accept?”

“We accept,” replied Messrs. Stuart, Fallentin, Sullivan, Flaniagan, and Ralph, after having consulted.

“Very well,” said Mr. Fogg, “The Dover train starts at eighty forty-five. I shall take it.”

“This very evening,” relied Phileas Fogg. Then he added, consulting a pocket almanac, “since today is Wednesday, the scond of October, I ought to be back in London, in this very saloon of the Reform Club, on Saturday, the twenty-first of December, at eight forty-five in the evening.” In default of which the twenty thousand pounds at present deposited to my credit with Baring Brothers will belong to you, gentlemen, in fact and by right. Here is a cheque of like amount.”