Bertha Mason is the insane wife of Rochester. In precise contrast to the angelic Helen, Bertha is big, as big as Rochester, corpulent, florid, and violent. Much of Bertha’s dehumanization, Rochester’s account makes clear, is the result of her confinement, not its cause. After ten years of imprisonment, Bertha has become a caged beast （Showalter 73）. As Bronfen states, where Helen ‘fed’ off her dead ancestors, Bertha feeds off the living, bites and draws blood from her brother, repeatedly threatens the life of her husband, and embodies a return of what they would like to repress （200）. Bertha can be seen as Jane’s darkest double, as her ferocious secret self, who appears whenever an experience of anger or fear arises on Jane’s part that must again be repressed （Jane Eyre 167）.Acting for and like Jane, she enacts the violence Jane would like to but can’t express, especially in respect to marriage. She also articulates Jane’s fears and desires about her own mortality （Bronfen 200）. 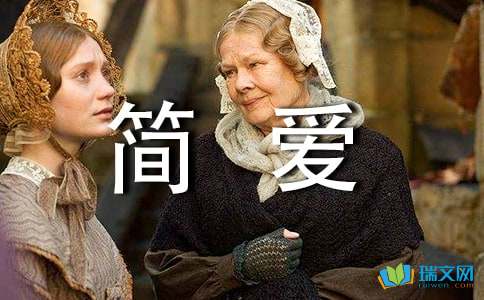 There are multiple themes in Jane Eyre. One of the main themes is the need for love contrasting with the need for independence. As a Bildungsroman, Jane Eyre is the story of Jane’s striving for independence, struggling with passion, and finally growing into maturity. As the story starts, Gateshead is the place in which the passions of childhood are given free rein （Lamonica 70）。 In Lowood, although Jane is no longer dependent on the Reed family, her passion is restricted by the severe rules. In Thronfield, however, an excess of passion between Jane and Rochester ultimately causes her to run from Thornfield Hall with no plans for the future, ending up starving and delirious on the doorsteps of the Rivers family at Marsh End （Teachman Online）。 Marsh End, like Lowood, is a place where restraint of passion is a way of life. While she cares deeply for St. John, who asks her to marry him, Jane knows that she would never be able to love him with the kind of passion she feels for Rochester. As Teachman states, Jane is a woman who, having once known true passion, cannot settle for anything less in marriage （Online）. In Ferndean, the final location of the novel, passions have been moderated to some degree by both time and experience. Burn have rendered Rochester dependent on others for his daily care. Jane thus finds him changed from a vital and sometimes threateningly passionate man into a man tamed by both emotional and physical trauma （Teachman Online）. Jane, on the other hand, had found loving cousins. She has also inherited her uncle"s fortune, making her an independent woman with no need of the financial support. As a result of this increased level of independence, she is able to regulate her passions, indulging them when she feels it appropriate and choosing not to act on them at other times. This final section of the novel reveals the integration of essential parts of Jane"s personality and education into a b adult woman, who also at this time becomes a mother and a true partner to her husband （Teachman Online）.