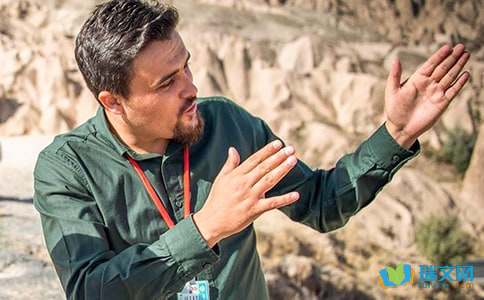 My dear friends, we have now come to the classical landscape garden. The garden belongs to the private garden, built during Ming years, it has a history over four hundred years. Originally wanli taibusiqi ShaoQing Xu Tai built by the east garden. Xu Tai when a former xiaohong, repair, and to participate in the construction plans of wanli drops palace, namely dingling of the Ming tombs. The offspring of fan zhongyan Fan Yunlin is his son-in-law. He is uprightness, eventually because offending dignitaries as their agents, impeachment. Due to long-term at the king's officer, he feel exhaustion of body and mind, so after return to suzhou, then don't ask, don't business, every day in their own garden flowers make grass, Yin feng recite month, in the nature of the space already has stifled was full recovery. In the Ming and qing dynasty, the east circle has been gradually abandoned. To the qing qianlong years, birth to wuxian Liu Rongfeng all. He loved this garden, then renovated and expanded, and take the "bamboo color underprivileged students, sparkling ChengBi", will be for the cold jade zhuang YuanMing it. But since the park owner surnamed liu, folk known as "Liu Yuan". Xianfeng years, suzhou Chang BingXian, outside the streets around the garden house was almost destroyed, but the zoo survived.

Since the Anti-Japanese War to the suzhou liberation in 1949, a lot of damage to the lingering garden, garden building a few in ruins. Suzhou city people's government in 1953 on the lingering garden renovation, make the generation of gardens is shining again. One with suzhou humble administrator's garden, lingering garden in 61 and chengde summer resort, the Summer Palace in Beijing as a Chinese classical garden is the first listed in the national key cultural relics protection units. So the four classical gardens also known as China's four big gardens. In 1997, the suzhou classical gardens and UNESCO's world heritage list by the United Nations educational, scientific and cultural organization as a whole, the lingering garden is one of the first four typical examples. A typical example of the garden are able to become the world's cultural heritage nature has its reason. Let's begin from the hallway, go to the garden to be grade a.

First of all, please look back has just come in this big black paint door, very small. Everyone will want to the garden of the master why money to build such a beautiful garden, but not the gate decorated luxury, style a little? Is it can afford a horse, can't afford to buy the saddle? Of course, the answer is no. Have just talked about, we the gardens of suzhou, many of them are resigned after retirement home bureaucrats built by private garden. They are in line with "long in the caves, after get back to nature". They don't love RenLaiKeWang secular social intercourse, and shuttered, like playing in the garden of his stone alone and enjoy the flowers and plants, in order to return to natural landscape, valentine hermit idea to pursue a life of seclusion. Based on this kind of life philosophy, the private gardens in suzhou are tall gate house without style conspicuous, sought to downplay their front doors, simple, in order to close to ordinary homes.

Please see again the embedded in the center of the screen door the compose of a panoramic view of the garden. It was in 1986, to commemorate the 2500th anniversary of the ancient city of suzhou to build by yangzhou craftsmen with 2500 pieces of all kinds of jade chip compose. Above the panorama hung a flat amount, it reads "wu gardens under the" four characters, points out the status of the lingering garden in suzhou garden. This is a famous contemporary version bibliograph, former Shanghai library curator Mr Gu Yanlong inscribed. Late qing dynasty in panorama screen door on the back of the master Mr YuYue selection, wu recommending virtuous man book "the garden".

The garden was built in Ming jiajing period, the original is Ming jiajing years taibusiqi QingXu Thai east garden. Rockery garden was stacked stone famous Zhou Bingzhong (minister). With the humble administrator's garden, the Summer Palace in Beijing, chengde summer resort and called China's four big gardens, on the world heritage list by UNESCO in 1997. Now dominated covers an area of about 50 acres, in general can be divided into four scenic area, east, west, north. During which are connected by song gallery. Circuitous, a series of more than 700 meters, leading to a secluded spot, xiuse view. In the middle is the base of original cold blue hill. Wide monarch pool, west, north hill. East, south for construction. Rockery is given priority to with soil, fold in Yellowstone, imposing manner is thick. On the hill grow lush ancient, show those mountains SenYu atmosphere. The mountain water jian between winding, as if the source of the water.

The garden in the park building decorate exquisite, stone and famous. With suzhou humble administrator's garden, the Summer Palace in Beijing, chengde summer resort and said China's four big gardens. In 1961, the lingering garden published by the state council of the People's Republic of China as one of the first batch of national key cultural relics protection units. In 1997, including the garden, suzhou classical gardens is listed as world cultural heritage.

In the garden to pool as the center, pool rockery in north kiosk, cheng trees. Pool rockery osmanthus fragrance smell on the porch, is overlooking the dominated scenery best place, and has a long corridor and everywhere is same. Building the park is divided into several parts, each building is equipped with a variety of door window, can communicate each scenery, make people indoors for outdoor scene, can be made up of landscape plants, all kinds of pictures take in everything in a glance, greatly broaden the field of vision space.

Lingering dominated is divided into four parts, in a garden can enjoy the scenery, rural, mountain forest, garden four different scenery: central to waterscape, essence is dominated; East to qu yuan's corridors construction, the east of the garden of the famous beautiful sunny rain quickly snow hall, nymphs jain airport.lt pavilion, also I DouShuChu, haeundae, crown crown cloud building a dozen such as diet, porch, has three stone mountain, in the pool after center name stone crown yunfeng, on both sides to red cloud, glaze cloud two peaks; North of the countryside, and a new monarch miniascape garden; West side is dominated the top, there are open to rockery, and the collection of piled up naturally. ChiNaHan with bright blue mountain room floor is the garden of the main building. Leave the park landscape architecture and represent the means indifferent calm "small taoyuan (small penglai)" and far cui pavilion pavilion, quxi buildings, wind pool, etc.

The garden community founded in September, / jurisdiction is the area of 0.42 square kilometers. The number of existing residents 2550 households, in 5516, the floating population 105, 269 people. 14 resident building, most of the residents living in the old bungalow. Have retired members of 112 people, over 60, 1292 people, about 15 people, the mental patient 23 people, disabled people, 61 people, social low-income residents 39 households, 68 people. 1 district people's congress. Jurisdiction main units are famous tourist attractions: the garden landscape, garden archives, give up 3, alston electric appliance co., LTD., 101 economic entities, such as car passenger transportation co., LTD. In the construction of community units and residents in this community backbone has played a positive role.