The May 4th Square is located. 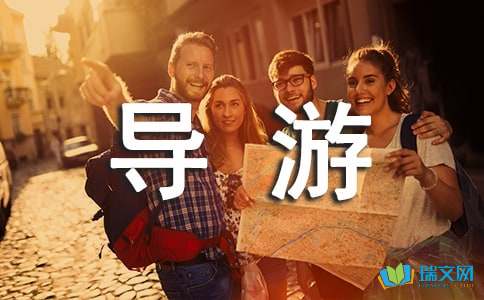 The May Fourth Square is backed by the City Hall building, south to Fushan Bay, 700 meters long from north to south, with a total area of 10 hectares. It is a modern style square full of lawns, fountains and sculptures.

1919 Qingdao raised the issue of sovereignty "May Fourth" movement. In 1914, Japan replaced the German, and then proposed "The Twenty-one " attempting to take long-term occupation of Qingdao, which caused strong oppositions from people across the country . In January, 1919, at the Paris Peace, when China attended as victors and claimed the sovereign of Qingdao, they were rejected by Western powers, and Qingdao was forciblytransferred to Japan. The news came out, the students in Beijing burst out protesting in May 4th. The government was forced refuse signing at Paris Peace, which smashing Japanese conspiracy of permanent occupation. In 1922, the sovereignty of Qingdao was recovered. Across the square is the City Hall, a tall and majestic building, facing south, simple and neat, serious and solemn. The south is square-mesh-shaped, meaning the rigorous style for the government. It has become a landmark building of Qingdao . Dryland lattice fountain is an underground fountain, hiding 8 rows 9 columns, a total of 72 dots, which can jet in different shapes and heights. Right in the center of the squar ,the red torch -shaped sculpture " May Fourth Wind " is the heaviest steel sculpture in the country. It weighs 700 tons, and is about 30 meters high, 27 meters in diameter. As a high wind arousing from land, this sculpture promotes the "May Fourth" patriotism spirit and encourages people to work hard. At the south sea of the sculpture is the first offshore 100-meter fountain in China. Adopting advanced high-pressure pumps, spewing water is up to 100 meters . Because the water is extracted directly from the sea, avoiding the corrosion and salinization of shore facilities and lawn fountain, it is designed at the 160 meters away offshore. West to the square is the Music Square. The center landscape the "Sail of Music, " is a white tapered software sculpture tent, drawn by imported membrane structure, divided into two pieces, about 5 meters high, fixed by 15 anchor dots. The huge piano under the tent is commonly known as "The Piano King". It must be played by two people at the same time. Every festival , the sound of music will haunt everywhere.

The Fushan Bay in the front, is the place where held the Olym//www.ruiwen.com/picpetition. Because of the exceptional conditions, this place was the first getting through audit of all single events.

Welcome to Qufu, the hometown of Confucius.

Confucius had a famous remark: “What a delight to have friends from afar.” Today I am very glad to have an opportunity of making new friends and to be your tour guide. I wish to thank you for your cooperation and also ready to take your suggestions and advice regarding my service.

What we are going to visit now is the Confucius Temple. This temple is where sacrifices are offered to Confucius. Work on these structures began during the second year after Confucius’s death. The Confucius Temple imitates the imperial palace’s construction. The layout is as follows: There are 5 halls, 1 pavilion, 1 altar, and 3 ancestral temples. It is divided into 9 courtyards. Altogether there are 466 rooms, 54 gateways and over 1000 stone tablets and steles. It covers an area of 21.8 hectares (equals to 327.5 mu) and is over 1 kilometers long from north to south. It is magnificent and resplendent and irrespective of the angle from which you enjoy viewing the temple. It is commensurate with influence and fame of Confucius. As such, it is very rare world historical treasure.

ancient time. The music starts with the beating of a drum and ends with the striking of an inverted bell (磬). This means that Confucius’s thoughts are a comprehensiveexpressionssaints’ ideas.

Now we come to the Ling Star Gate. This gate was erected in Ming Dynasty and was rebuilt in 1754. The three characters were written by Emperor Qianlong. The legend has it that there are 28 constellations in the galaxy. The star in charge of culture is called“Ling Star” or “Wenqu Star”. People believe Confucius is the Ling Star. So they show respect to Confucius is as important as to show respect to Heaven.

Look at this stone stele on the temple gate’s eastern wall. It is written on the stele that “officials should dismount here.” In the past, the civil and military officials and people in the street were required to get off from their horses or sedan chairs and walk on foot when they passed by the Temple to show their reverence for Confucius and his temple.

This is the main hall of the Temple of Confucius. Dacheng Hall, together with the Forbidden City’s Hall of Supreme Harmony and Daimiao Temple’s Tiankuang Hall (天贶殿) in Tai’an city (泰安) are called the three greatest halls in China or “the Three Greatest Halls in the East”. This hall is 24.8 meters high, 45.78 meters wide and 24.8 meters deep. It is surrounded by 28 dragon columns carved out of whole blocks of stone. The 10 columns in front are deep relief sculptures and the others are shallow ones. They are made with exquisite technique and are treasures of the whole world. Carved on each column are two dragons twisting and flying. They are made true to life and are completely different from each other. The birthday of Confucius is on September 28th and grand commemoration activities are held here in which people pay homage to Confucius. During the festival, music and dancing are performed and visitors from home and abroad swarm to Qufu. Various cultural and tour activities are rich and colorful and you’re welcome to attend this festival and enjoy yourselves in this world-famous event.

San Xian Shan is located in the northern end of the city of Penglai, there are more than 200 thousand tons of special rocks, and 3000 old trees. It is the national 5A scenic spot.

First thing we can see the Three Hall, including the Heqi Hall, Hehe Hall and Heshun Hall. There is a picture “Yi Tuan He Qi”, which means keeping on good terms, in the main Hall.

The Ying Chou Wonderland major shows Confucian culture. There is a set of bells, the musical scale structure of which belongs to the same rhythm of modern C major. Reclining Buddha Hall is dedicated to the town park treasure - the world's largest Sakyamuni Buddha with ice- water species of white jade, carved from a single piece of white water jade, 108 tons and 12.86 meters long, decorated by 24k gold and more than 3,000 pieces of red sapphire, emerald .

The 11-side Avalokitesvara is made of Burmese natural water jade, 260 tons and 11meters high, decorated by 11990 pieces of precious stones.

The whole area is like magic gourd lying on the sea, three sides surrounded by the sea and one side connecting the land. Taoist culture and scenic closely Penglai fairyland myth, the legend to the theme of the Eight Immortals , has China's largest offshore rocks forest , the longest sea promenade, the highest maritime pavilion .The words “Ba Xian Guo Hai Kou” and “Ren Jian Xian Jing” on the front and back of the first memorial arch are inscribed by Su Shi.

The two words “Xian Yuan” on Xian Yuan Pavilion Xianyuan is inscribed by Li Shimin, the Emperor Ti Zong of the Dang Dynasty. The couplets beside the door is inscribed by Mr. Ou Yang Zhoushi.

The plaque of Wang Ying Pavilion is written by the contemporary calligraphy master Mr. Qi Gong. There is a 1700-year old ancient tree of jujube, which is doubtly the king of jujube. And there is a picture of Qun Xian Zhu Shou Tu, which shows the Queen Mother entertaining the immortals fot her birthday of and holding the Grand Feast of Peaches. The picture is composed of 1888 pieces of emeralds , ivories and jades. Ba Xian Temple is dedicated to the eight immortals crossing the sea. The plaque is inscribed by contemporary calligrapher Liu BingSen..

Bai Xian Altar is located in the northern end of scenic spot. Thousands years ago, when the Emperor Shi Huang of Qin and the Emperor Wu Di of Han sailed to the east, seeking immortality of life, they specially set up the altar to hold a grand ceremony worshiping the immortals.